Here are five things to put on your Cardinal & Gold radar this week.

1) In case you missed it, the VEISHEA task force handed down its final recommendations on July 11 (after asking for an extension of the original June 30 deadline) and President Leath is expected to make a final decision by summer’s end. The task force report, which you can read in its entirety online, recommends discontinuing VEISHEA in its current form; abandoning the VEISHEA name; creating a new, overarching, university-wide event or series of events; and addressing student behavior/reducing the chance of disturbances at university-wide events going forward.

After we reported about the task force recommendations in last Friday’s issue of our electronic newsletter, ISU News Flash, we got quite a bit of feedback from the alumni community. Most viewed the recommendations as negative or pessimistic and had hoped there’d be more emphasis on the final recommendation of addressing student behavior issues while still maintaining the tradition. But some also acknowledged that they aren’t close enough to the situation to understand it fully. Regardless of how you feel about the situation, we can all agree that it’s a sad one. You can read some of the comments we’ve received on our online letters to the editor page, and feel free to add your thoughts here.

2) The Mayor had his pacemaker replaced last Tuesday, so it goes without saying that Cyclone Nation was relieved to see this photo tweeted by his wife, Carol, shortly after the procedure at the Mayo Clinic. 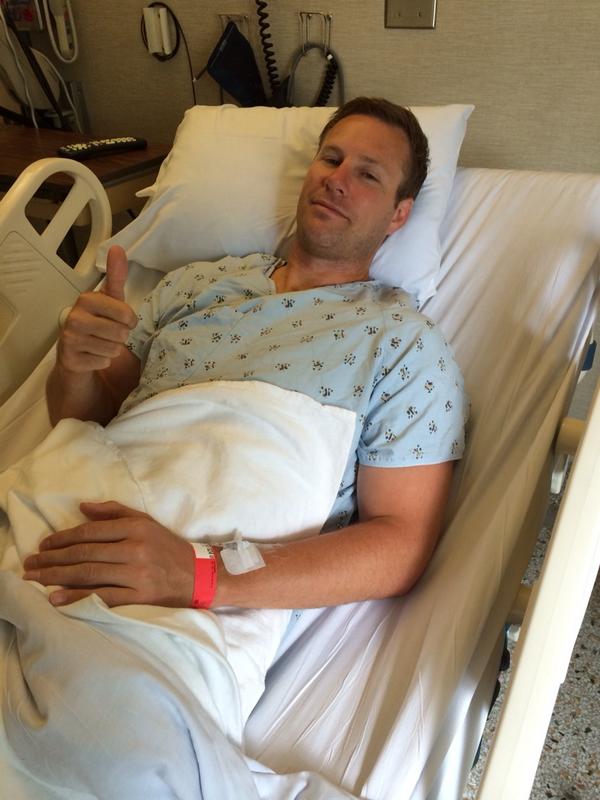 “The surgery performed this morning at the Mayo Clinic to replace my pacemaker was successful,” said a statement from Hoiberg, who has had the pacemaker since he underwent open-heart surgery in 2005. “I want to thank my doctors and nurses at the Mayo Clinic, as well as everyone that has extended their well-wishes to me. Our family truly appreciates your support.”

Hoiberg had recently learned that his pacemaker was running on reserve power, which meant that that batteries needed to be replaced — a routine procedure for pacemaker users. “It was going to happen eventually,” Hoiberg said.

3) The 2014 American Solar Challenge starts TODAY — and Team PrISUm is ready to race. Omaha and Ames are among the stops planned on this year’s route — so make plans to gather with fellow Cyclones if you can to cheer on ISU’s solar car. Get a virtual Team PrISUm experience on Twitter, where you can track Phaeton’s run at the #ASC.

4) More than a week of picture-perfect Iowa weather has given way to heat indexes over 100 — so that must mean it’s RAGBRAI week. Ugh. (Be safe, everyone!) Once again, RAGBRAI is hosting a college spirit day event — so whether you’re riding or not, beat the heat with your fellow Iowa Staters this Thursday in Greene, Iowa. Wear your Cardinal & Gold!

5) USA Today Sports recently named its top 50 college basketball players for 2014-2015. We’re pretty excited about their pick for No. 10.

Have a great week! Stay cool!